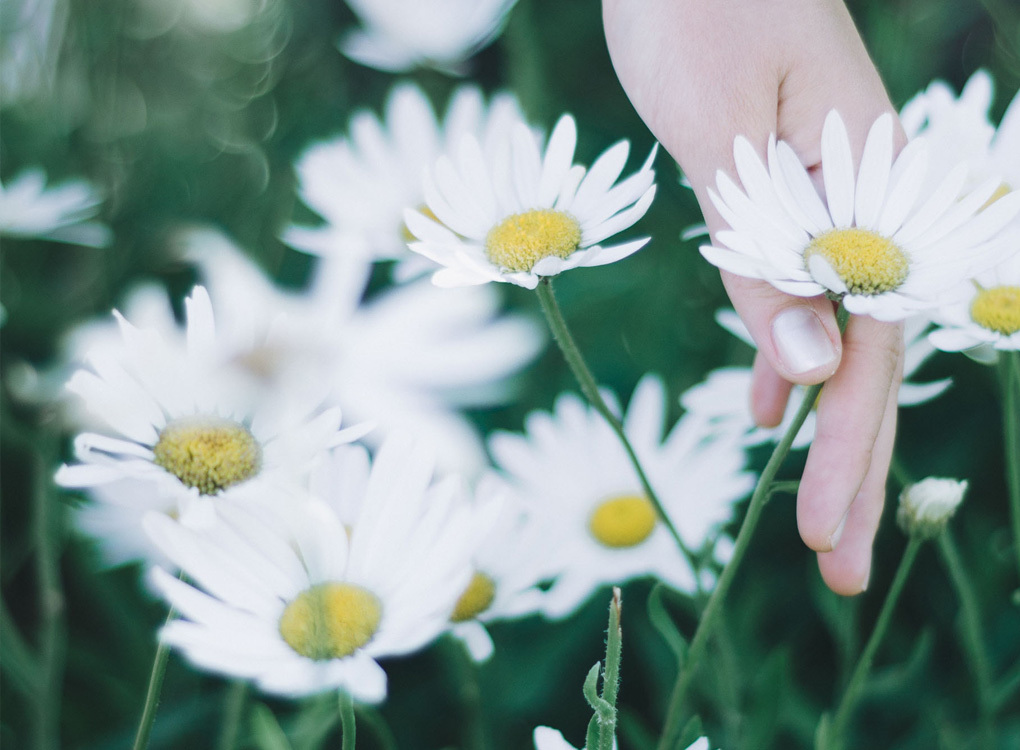 With the great hydroquinone (HQ) debate recently resurfacing , I thought it as good a time as any to take an in depth look at some of the next-generation lighteners and brighteners being used in skin care.

Next-generation lighteners serve as effective HQ alternatives, because they work with a wide range of skin types even the more sensitive skins. In addition to their brightening properties, they also provide antioxidant, moisture and healing support, and promote cell turnover. We work with several botanical lightening agents, but the two I will focus on are Bellis Perennis and L-Arbutin.

What They Are
Bellis Perennis (Daisy Flower) is a specific species of European daisy native to western, central and northern Europe. An interesting fact, each petal is actually considered an individual flower and the center is a collection of many tiny yellow flowers.

In skin care the extract, which is derived from the blossoms of wild daisy flowers, is considered a gentle, yet highly efficient natural skin lightener. Its uses can be traced back to ancient Rome when it was used by surgeons for its astringent properties.

L-Arbutin, another effective natural skin lightener, is a pure water-soluble, biosynthetic active. It is commonly extracted from the leaves of Bearberry Bush, which is grown primarily in high latitudes like Scotland, Scandinavia, Russia, Alaska, Canada and Greenland. This ingredient can also be extracted from cranberry, blueberry and most types of pears, but the most common source is Bearberry.

L-Arbutin is a natural plant-based derivative of HQ with tyrosinase inhibiting abilities, and is typically regarded as a more stable and less sensitizing lightener than HQ. It was developed as an alternative tyrosinase inhibitor to block melanin formation without causing any of the potential side effects that have been linked to the prolonged or excessive use of HQ.

How They Work
Daisy Flower works by influencing different pathways involved in melanin formation, counteracting age spots and balancing hyperpigmentation. Before melanogenesis starts, the active in Bellis Perennis reduces Endothelin (the proteins that constrict blood vessels) production in keratinocytes and blocks the binding and transfer of melanocytes. It also decreases tyrosinase synthesis and activity during melanin formation, reducing melanin production in the melanosomes. This powerful ingredient also has ROS scavenging abilities and can reverse existing pigmentation issues.

L-Arbutin effectively reduces the appearance of dark spots, evens skin tone and corrects hyperpigmentation. It works by blocking epidermal melanin biosynthesis, thus inhibiting tyrosinase. In skin, discoloration forms as a result of the pigments eumelanin and phaeomelanin, which are produced in certain epidermal cells (or melanocytes).

Tyrosinase forms in these melanocytes and when activated by UV light an enzymatic chemical reaction occurs called melanogeneses, which ultimately leads to the formation of melanins. Arbutin blocks this process by inhibiting the oxidation of tyrosinase and dopa. This characteristic of Arbutin makes it a faster, more efficient skin-lightening active than any existing single lightening ingredient.

Where to Find Them
Many of our lightening and brightening formulas use these powerful botanical ingredients, a few of which include:

Though HQ certainly has its place in professional aesthetics, botanical brighteners provide an amazing alternative for sensitive skins or clients that may be leery of skin lightening programs.

Question: Do you talk to clients about the differences between HQ and botanical lighteners?