Pt 3: Why Chirality Matters to the Skin 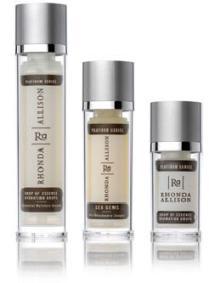 By now, you’ve learned quite a bit about chirality. In the previous posts I covered what chirality is, where it is found, and how it works. In this last installment on chirality, I’ll delve deeper into how this science impacts the skin and skin care formulas.

When chiral ingredients are selected, formulas are more effective on the skin because it is matching chiral to chiral. The skin is chiral so it responds to chiral ingredients. This idea is similar to bio-identical hormones versus the Premarin (manufactured conjugated equine estrogens isolated from mare urine) that was previously used in hormone replacement therapy. Today we know Premarin caused several health risks and was not as effective as bio-identical hormones, which closely match the body.

Chirality and the Skin

As I’ve mentioned, all of the amino acids (L) in our cells are left-handed – no protein in the body will contain a right-handed amino acid. Sugars (D), however, are right-handed. Just as we are either right-handed or left-handed and perform tasks more efficiently using our strong hand, right- or left-sided natural ingredients perform in much the same manner.

We know, for example, never to use the D-form of Ascorbic Acid on the skin, because it can cause extreme irritation, but the L-form is a wonderful antioxidant that strengthens collagen and brightens the skin.

In blending formulations this science becomes important, because it can mean the difference between an efficacious product and one that doesn’t produce any results. For instance, a left-handed ingredient may have greater wrinkle-reducing abilities than a right-handed ingredient, or while an (L) ingredient may be skin soothing, the same ingredient in its (D) form might cause skin irritation.

So just because a product says it contains Lactic Acid doesn’t mean it will correct the signs of aging or provide moisturizing properties. This is because if it contains both the L- and D-forms it will dilute the valuable L-form and render the product inept. That is why it is important to know ingredient levels and what was used in the base formula.

When formulations are free of dyes and fragrances, contain pure, quality ingredients and are partnered with chiral corrected molecules, they are extremely powerful in skin rejuvenation – and ordinary skin care becomes extraordinary!

Question: Do you use the science of chirality as one of the selling points for your treatments?