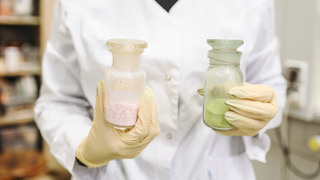 One of our wonderful educators, recently posted about spin traps and antioxidants, and the difference between the two. This distinction is important to note.

Spin trap, considered an “intelligent antioxidant,” actually works much different than antioxidants in the way it interacts with free radicals. Spin trap, traps free radicals or reactive oxygen species, transforms them into useful oxygen, then transports them back to the respiratory system where they can go to work.

Free radicals are normal oxygen bearing units that wander off their intended paths of usefulness. They contain vital oxygen for the deepest tissue, which is most vulnerable to hypoxia (low oxygen conditions). Antioxidants can contribute to hypoxia by indiscriminately converting oxygen to water. Oxygen is breathable everywhere in the body as opposed to water, which is not. The best known spin trap is PBN (Phenyl t-Butylnitrone), also called "Nitrone".

Of course that’s not to say antioxidants should be eliminated from your skin care apothecary. They are still a vital part of the skin rejuvenation equation. However, when spin traps and antioxidants work in tandem, they create a powerful pro-youth duo.

Antioxidants support tissue repair, as well as firm, tone, tighten, and give skin an overall glow. They also help protect the skin from damaging UV rays – working from the inside out by fortifying the cells. As we age, our bodies produce fewer antioxidants, and since antioxidants are not stored by the body, they must be replenished.

When used in tandem, antioxidants will slow free radicals and cellular damage, while spin trap goes to work to correct or convert the oxygen molecules that have veered off course instead of eliminating them all together.

Question: What is your favorite antioxidant regimen?